Chilling and thoroughly researched story about one of the most notorious serial killers in history! 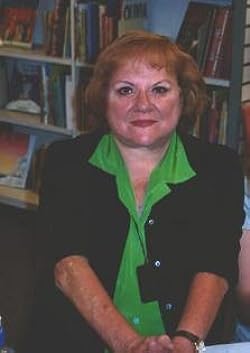 Ann Rae Rule (née Stackhouse; October 22, 1931 – July 26, 2015) was an American true crime author of The Stranger Beside Me, about serial killer, and Rule’s co-worker, Ted Bundy. Rule was also known for her book Small Sacrifices, about Oregon child murderer Diane Downs. Many of Rule’s books center on murder cases that occurred in the Pacific Northwest and her adopted home state of Washington. Read more ~ Wikipedia

This is not a book about race but about various factors that cause inequality and disparities in healthcare treatment of black people.  The author does not blame anyone entity but distributes blame equally both to poverty, the individuals’ poor choices and institutional prejudice and discrimination which has so pervaded our  society. It helps that the author offers suggestions that might start discussions on ways the society could possibly work towards healing.

This book will appeal to anyone looking for unbiased documentaries on racial issues and poverty in our society. 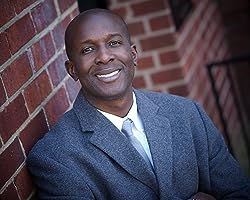 DAMON TWEEDY is a graduate of Duke Medical School and Yale Law School. He is an assistant professor of psychiatry at Duke University Medical Center and staff physician at the Durham VA Medical Center. He has published articles about race and medicine in the Journal of the American Medical Association (JAMA) and the Annals of Internal Medicine. His columns and op-eds have appeared in the New York Times, the Chicago Tribune, the Raleigh News & Observer, and the Atlanta Journal-Constitution. He lives outside Raleigh-Durham, North Carolina, with his family. Read more

This was a very funny and interesting read!! 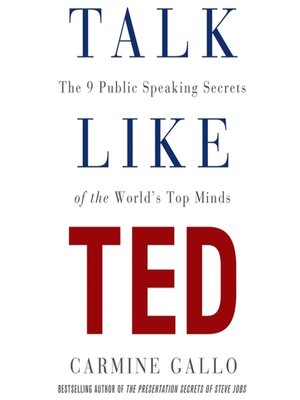 Do you want to improve your presentation skills and ability to talk in the public? Then you have to read this book.

Have you heard about those Ted talk presentations on Youtube with millions of views? This book is an in-depth analysis of some of the most compelling and captivating topics given on Tedx.   The author closely examines each of these highly viewed presentations to find out what strategies the presenters incorporated.

I enjoyed the discussions about some of the riveting  presentations on Tedx.  One of the things that struck me is the account on how one could fit a whole grand idea into 18 minutes which is what the presenters on Ted.com are limited to.  Who doesn’t want to learn from the best? By analyzing some of these great speeches, the author presents practical guidelines on which you can draw inspirations on how to give your next spell binding  argument such as – building connections with the audience, story telling, using analogies, and how to generally remove boring elements from your speech.  In addition, the book lays strong emphasis on practice, practice practice – no more rambling and going off topics!

I found the topics in this book very useful and very educational especially the part about neurology, how our  brain functions and its relationship to our communication.  She further goes on to break down  the science behind creating and giving an effective presentation, which I found very eye-opening!  Talk Like Ted shares very detailed and very useful ideas and strategies on creating a concise speech, that would draw in your audience right from the start.  Another take away from this book is that the author listed a couple great speeches that has gained millions of views so far. This would allow anyone to go on Youtube and actually watch these presenters that he has analyzed!

If you want to be a great communicator and presenter,  then you have to read this book!!

Carmine Gallo is the author of 7 business books including the international bestseller The Presentation Secrets of Steve Jobs, the award-winning The Innovation Secrets of Steve Jobs and The Apple Experience, the first book to look behind the scenes at the world’s most successful retail store. His books have been translated in over a dozen languages. END_OF_DOCUMENT_TOKEN_TO_BE_REPLACED

This a fast-moving thriller with an intricate plot about espionage, the FBI and political games as played out in the 90’s among foreign diplomats for the governments of Libya, Egypt, and the USA. The story is centered around Sophia Kohl the wife of Emmett Kohl, a mid-level diplomat at the American embassy in Hungary. Her husband is shot dead by an unknown gunman right after she confesses to him about having an affair. The story then follows as Sophia goes awol with a determination to find out who killed her husband and why. Her unauthorized and secretive quest set in motion an inquisition that threatens to expose years of deceit, lies, murders and cover ups.

I thoroughly enjoyed The Cairo Affair. This book starts off at a breakneck speed, and builds up intensity as the story progresses. It is a complicated and layered plot which makes it even more exciting!

This is one of those books you can’t put down because of the eye-opening discoveries that you make as you get deeper into the story. There are themes of evil schemes, betrayals, rivalries, backstabbing and deceptions all interwoven in this intricate plot.

Olen Steinhauer grew up in Virginia, and has since lived in Georgia, Mississippi, Pennsylvania, Texas, California, Massachusetts, and New York. Outside the US, he’s lived in Croatia (when it was called Yugoslavia), the Czech Republic and Italy…Read more from Amazon

“Three years after giving up drinking, Jowita Bydlowska found herself throwing back a glass of champagne like it was ginger ale. It was a special occasion: a party celebrating the birth of her first child. It also marked Bydlowska’s immediate, full-blown return to crippling alcoholism.” ~Book blurb.

I picked up this book from my library based on its popularity, and great reviews.

This story covers a brief period in Jowita Bylowska’s life as she struggles with her addictions. I applaud Ms Bylowska for the courage to write such raw and open exposé’ about this dark period of her life. We follow as she tries to fend off her demons and at same time fight to be a relevant mother to her son. Despite the gloomy and dire nature of theme, the writer is able to convey the story in a funny, witty and upbeat style. To most people, this is an eye-opening, educational and informative story about dealing with addiction.

On the flip side, in as much as it is hard to include everything in a story, the account of some events seems rushed, possibly causing for there to be holes in the story line as to when and how certain events really occurred. Otherwise, Drunk Mom is a compelling story of redemption and a strong testimony of the resilience of the human spirit.
This an inspiring memoir that would appeal to everyone especially anyone struggling with addiction.

“I was born in Warsaw, Poland. I moved to Canada as a teenager. I live in Toronto with my little family in a little house. I write, write, write (compulsively, happily, unhappily, obsessively). I wrote a book about drinking, published by Doubleday Canada and HarperCollins Australia…” Read more from author’s website

John Grisham writes his first nonfiction novel. This is one of the best nonfiction stories I have read. This novel is also a legal thriller just like most of his books. I couldn’t wait for the story to unravel – I was completely blown away!

This story follows Ron Williamson, an upcoming and ambitious baseball player widely expected to make the big leagues. Ron’s hopes into the big leagues crashes upon sustaining an arm injury. Consequently, he is dropped by his team – the Yankees. Roy returns home to small town Ada, and while not having anything to occupy him he starts to live the wild life – chasing women, booze and staying out late. Slowly Roy starts exhibiting some form of mental instability and soon, he is diagnosed with some form of mental illness.

Fast forward – Roy Williamson turns into a local bum and when an eighteen year old girl is found murdered, Roy and his friend Fritz are questioned, and with no physical evidence linking them to the murder are charged and found guilty for the crime. Both men are sent to death row where they serve 11 years but later exonerated by DNA evidence and thereupon released.

Grisham writes in compelling detail about the entire legal process. He delves into the intricacies of our legal system in a very engaging style that fans of legal thrillers would find it hard to put the book down. This enthralling true story explores wrongful convictions, criminal injustice, and police incompetence as show cased in the Roy Williamson tragic story.

The Innocent Man is a deeply researched and well written book. This book is a scary reality of how easily and how frequently – in our society innocent people are convicted for crimes they did not commit.

“Long before his name became synonymous with the modern legal thriller, he was working 60-70 hours a week at a small Southaven, Mississippi, law practice, squeezing in time before going to the office and during courtroom recesses to work on his hobby—writing his first novel…” ~ More